Have your say on the amended plans for Saxon Park bit.ly/3AAjAJn

Spread The Word, Not The Virus bit.ly/3ki0txW

Have your say on the amended plans for Saxon Park 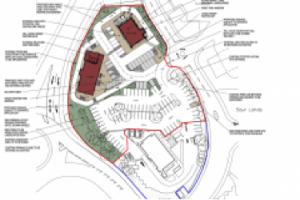 Following Public Consultation Pilgrim/Rothstone have considered the feedback received so far and made some amendments to the proposals including reconfiguring the petrol station, much reducing the overall footprint of this element of the plans.

They say that this means they are able to provide a much more pedestrian focussed centre with significantly increased landscaping, greenery and public amenity space, which will include:

The revised proposals can be viewed here.